Posted on August 4, 2010 by rossandkathy
Human Buddy came to SD and got to meet Puppy Buddy. Since Puppy came to us with a name he was not really named for our old friend buddy. I say old, not related to age, because I’ve known him and his family for over 40 years. I meet him when I lived in Greenville, NC and we lived in the same apartment complex. We had many good beach camping trips together and shared many laughs concerning our children’s behavior. He is also the God Father to daughter T. I could also tell some funny tales about his daughters M and A, but will save them the embarrassment, at least for now. I’m also sure he has tales of T and L.
The nice thing about visitors from out-of-town is that it gives us a chance to play tourist and this trip was no different. we visited Mount Rushmore, Custer State Park, Devils Tower and a raft of local sites. 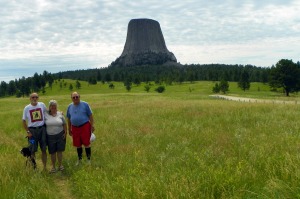 The three of us at Devils Tower 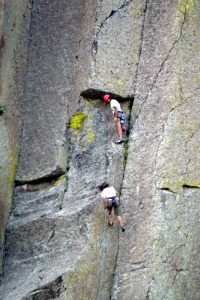 Climbers on the Tower 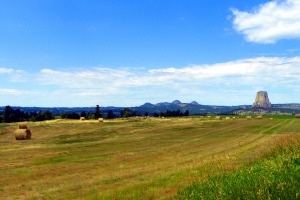 Tower in the distance 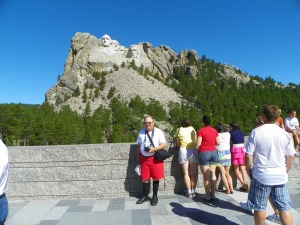 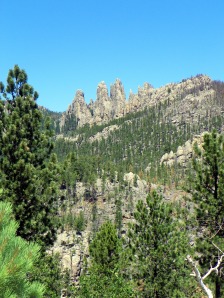 The Needles in Custer State Park 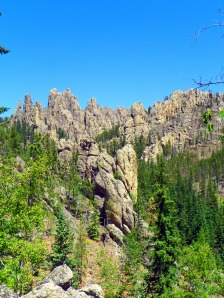 Another view of the Needles 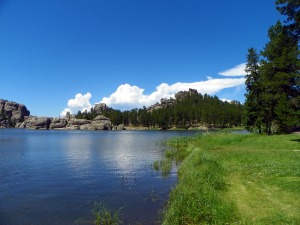 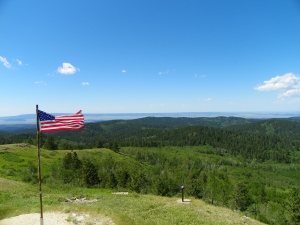 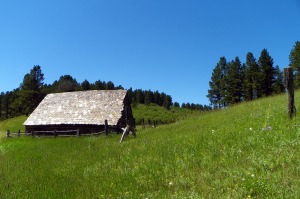 Barn on road to Cement Ridge

The barn roof is shingled with lids from cyanide drums. this barn was once used by a mining company for equipment storage and since cyanide was used to process gold ore from rock there was no shortage of these lids. 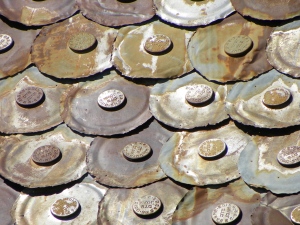 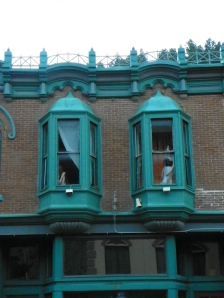 If you look closely at the second story windows you can see scantily dressed female mannequins which are a reminder of the early days of Deadwood when prostitution was a major business. Actually, although it was illegal it was not closed down until the mid-eighties. 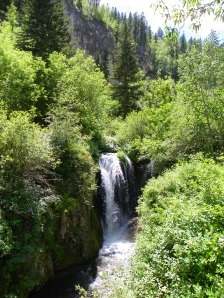 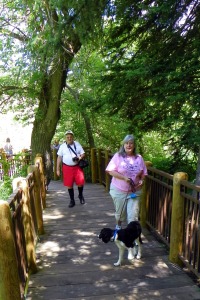 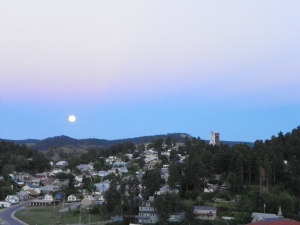 And now a finale funny note. When we arrived at the airport for Buddy’s flight home they could not find his reservation. it turned out the date for his flight was wrong and even though 5 adults including myself had looked at his schedule none of us noticed that the date on the itinerary was not the date he had planned on leaving. I should add that all 5 of us are college educated. We were able to get the ticket changed so all ended well, but it makes me wonder about our college educations and the money we spent on them.